Originally(before May 2015), there was no official mobile application for WeChat account management, the only approach was official website, which only worked properly on desktop. However, most frequently behavior, message view and reply, happens randomly. So there was a high demand for account management features on mobile devices. 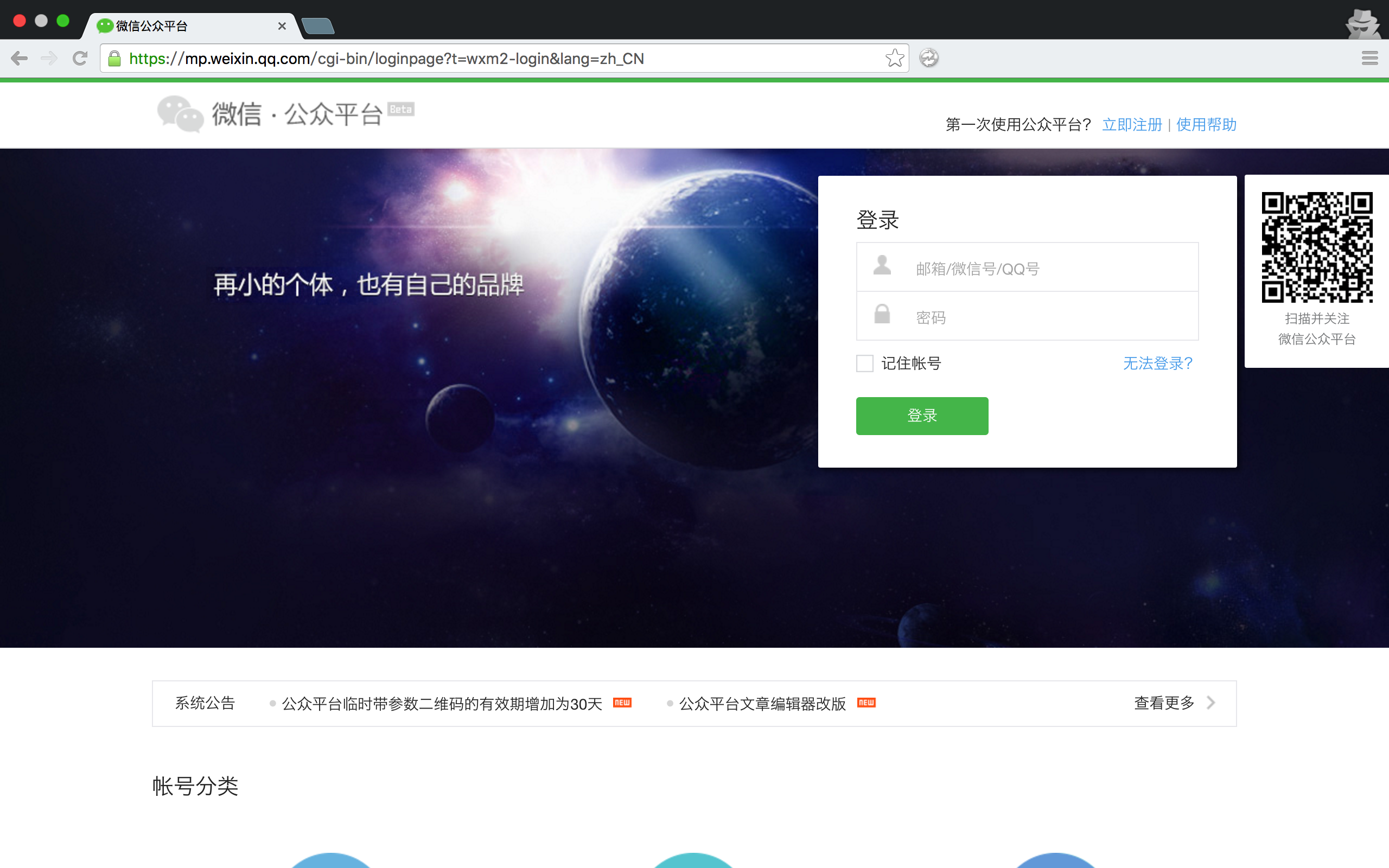 In order to implement management features on mobile, we had to get necessary data for each operation, while there was no official API for us to execute such operation. So the only way was simulating HTTP request as it was on the webpage.

For every HTTP request, there were some fundamental elements we had to know:

To get these elements, I used Chrome Developer Console, a perfect tool for web developer, on which we could get intercept and analyze elements for each HTTP requests

There were some basic techniques relating to simulating requests

After simulating necessary requests, we could get the same HTML code as webpage version. Then, we had to parse HTML structure of the result and get what we need.
For example: 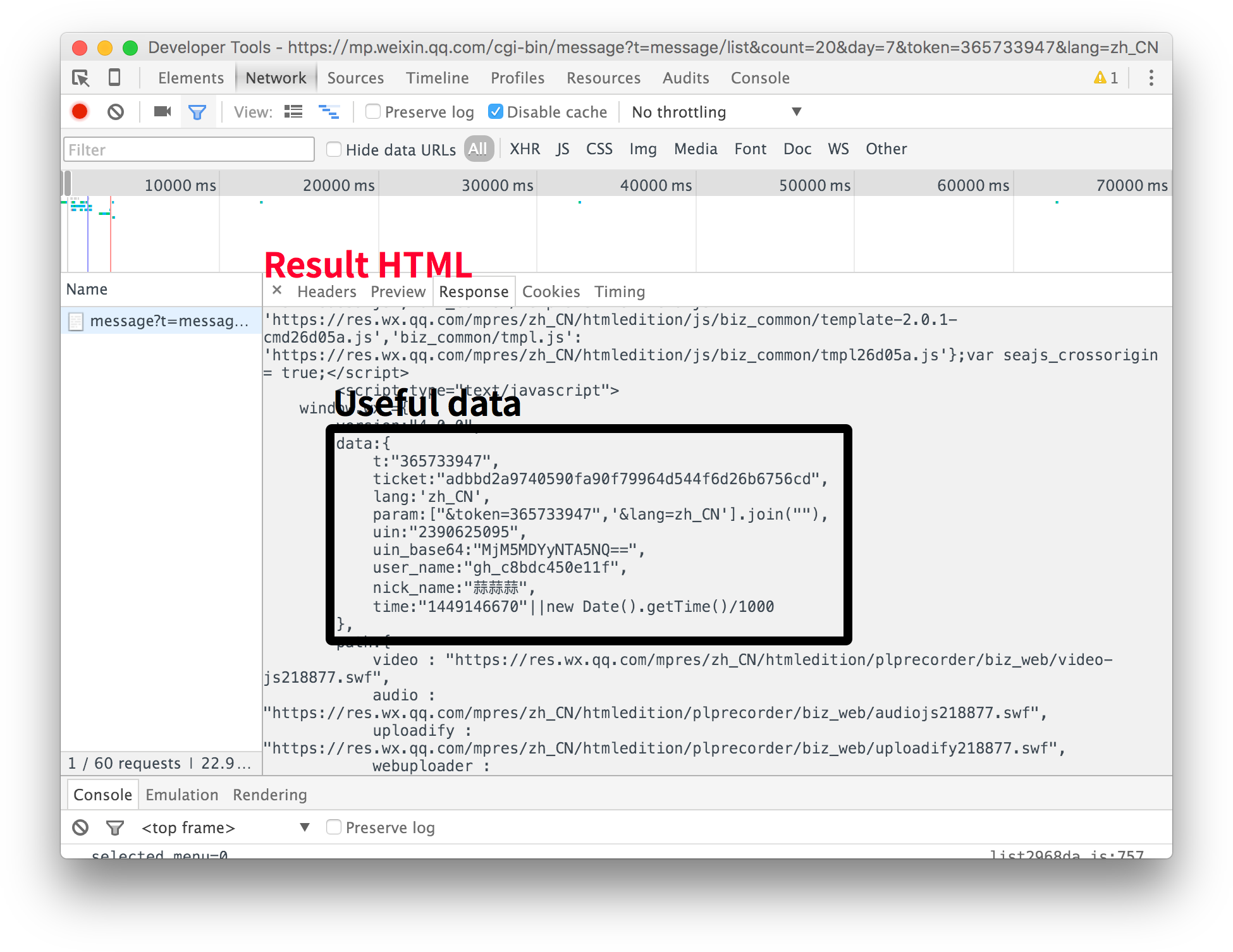 After simulating necessary functions, the second step was to implement features. The most frequently used feature for Wechat account owners was message management. Due to the random distribution of fans(people who followed this account), message were received randomly, so account users have to wait in front of their desktop if there was no mobile application.

After simulating functions, the message data we got:

Obviously, this set of data was in JSON format, and we could serialize it into corresponding JSON object list.

There were some basic element in each “Message Object”

After analyse, we found some relating features and their HTTP request URL

Finally, we implemented these features on mobile with user-friendly user interface 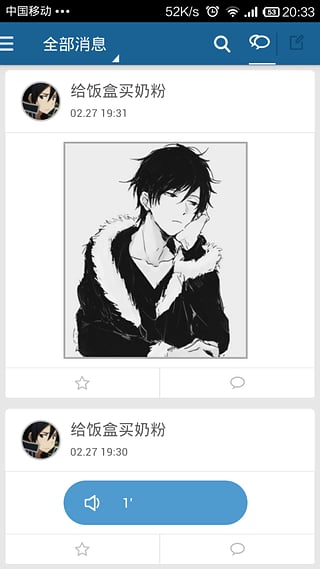 For better user experience, We even developed an one-to-one chat page for each conversation

In the same way, we parsed and clipped result for fans list

Then we displayed these data in an user-friendly UI 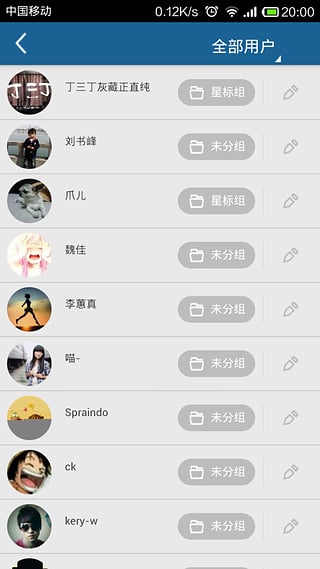 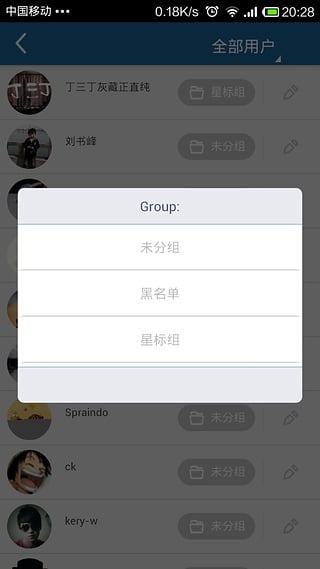 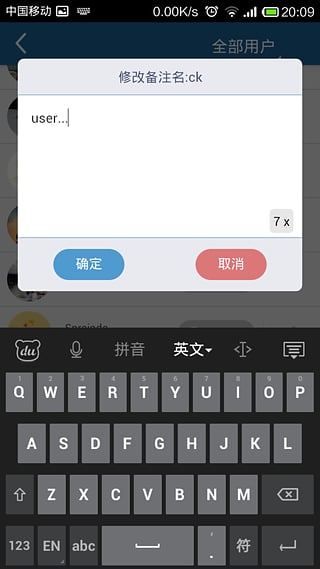 Taking full advantage of mobile platform, we used Notification API on Android system to alert users when there was new message while the app is running on background.

Although this was a fully functional application, it was still unofficial, we gained no support or authority from Wechat Platform, and we were only students whose credibility are limited. So, in order to show our honesty and enhance our credibility, we decided to publish our source code onto Github. The project page link: https://github.com/suanmiao/weclient

By now, without any promotion and advertisement, this opensource project has been starred by 130 developers and forked by 50 developers.

Without doubt, our app, as the first mobile app for account management, free account managers from desktop and they can reply, edit message at any time. Besides that, we were also among rare developers who can release their project as opensource and be open to any advice and feedback. Consequently, we get 130 stars half a year after our release on Github.