1.(Problem Locating) Where does our battery gone?

From the distribution we found that Network interface took up large part of total energy. And most of “Network Energy” was consumed by Cellular network. Under close inspection, we found “Tail energy” phenomenon in network transmission. After data transmission, the network interface in cellphone would linger in high power state for about 10 seconds. Energy consumption in this period was called “Tail energy”, which took large part in network energy.

In order to figure out the cause of “Tail energy” in smartphone, we conducted a measurement on smartphone and found that power consumption on heartbeat transmission, a mechanism for instant message applications to keep in touch with servers, was the major cause of energy consumption( takes up about 87% of total transmission energy).

2.(Models Formulation) How to manage packets?

Firstly, we identify the tail energy for each package as follow:
(Denote pI, pD, and pF as power levels of the IDLE, DCH and FACH states)

Secondly, there would be delay for data packets if we manage their transmission. And for different data packets, there were different extent of tolerance for delay. Then, we can formulate delay cost model as follow:
(suppose a packet u arrives at time ta(u), then the additional delay incurred is delay = ts(u) − ta(u). Size(u) denotes the size of packet u, B(u) denotes the average bandwidth received by u and tl(u) = size(u)/B(u) is the corresponding transmission time. Weighting coefficient wi reflects the user’s preference on the application i that generates u. The profile function fi(delay) characterizes how the performance degrades with the increase of delay.)

Thirdly, a efficient management calls for a proper strategy. Taking tolerance, packet size, transmission efficiency, user experience into account, we devised transmission strategy as follow(sure, there was a long and tough procedure before we devised this strategy): 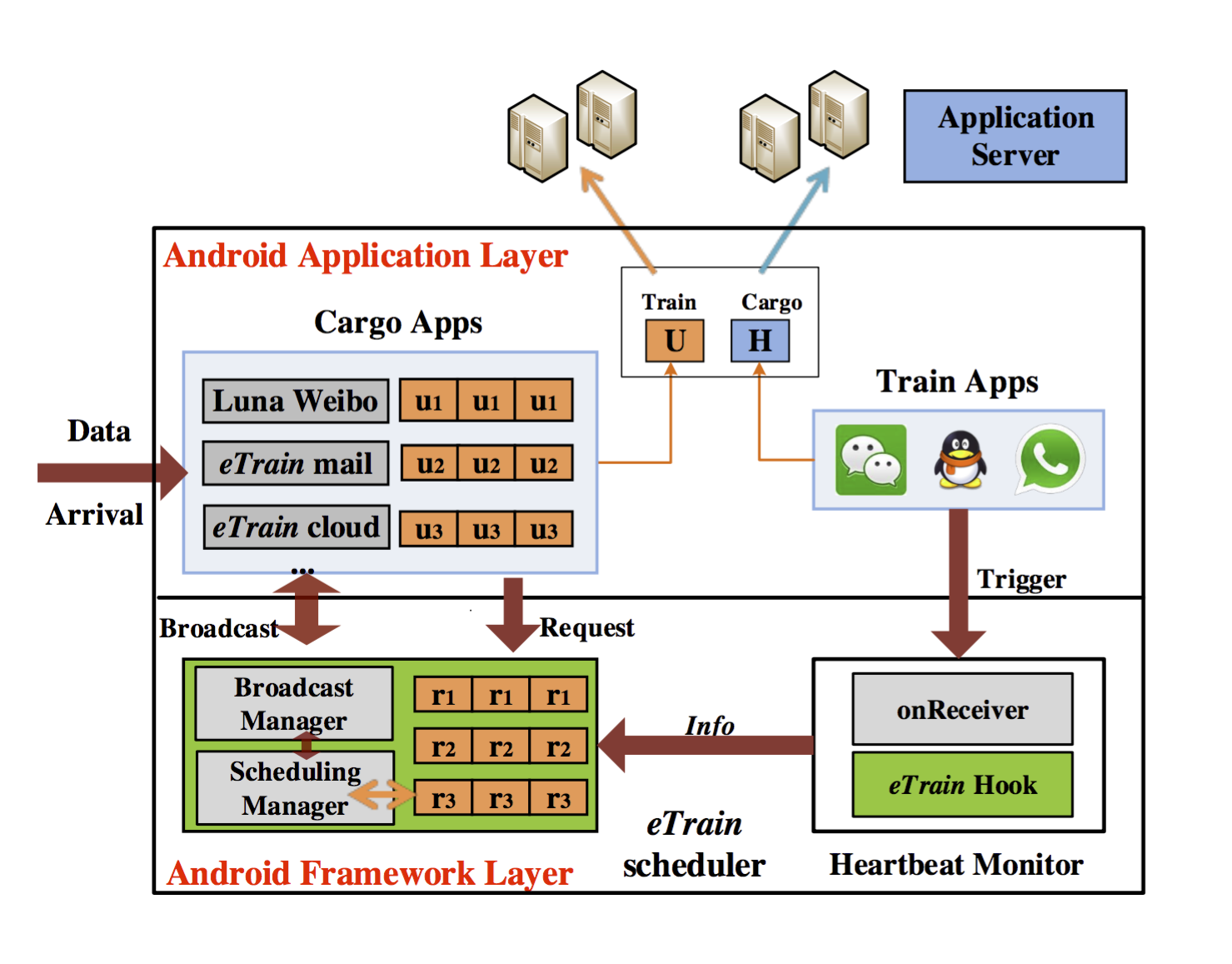 Then, we synthesized similar data packets in laboratory and simulate previous user behaviors on a same smartphone, which was monitored by power monitor.

Results were as follow, our system could save 12%-30% of total energy. The efficiency depended on delay of data packets.

For users who use mobile for different period of time, the energy saving effect would also diverse. More active the user, more obvious the effect.

We were the first to prove the feasibility and efficiency of managing heartbeat packets, and the effect was remarkable. More surprisingly, same mechanism was used in Project Doze of Android system by Google.